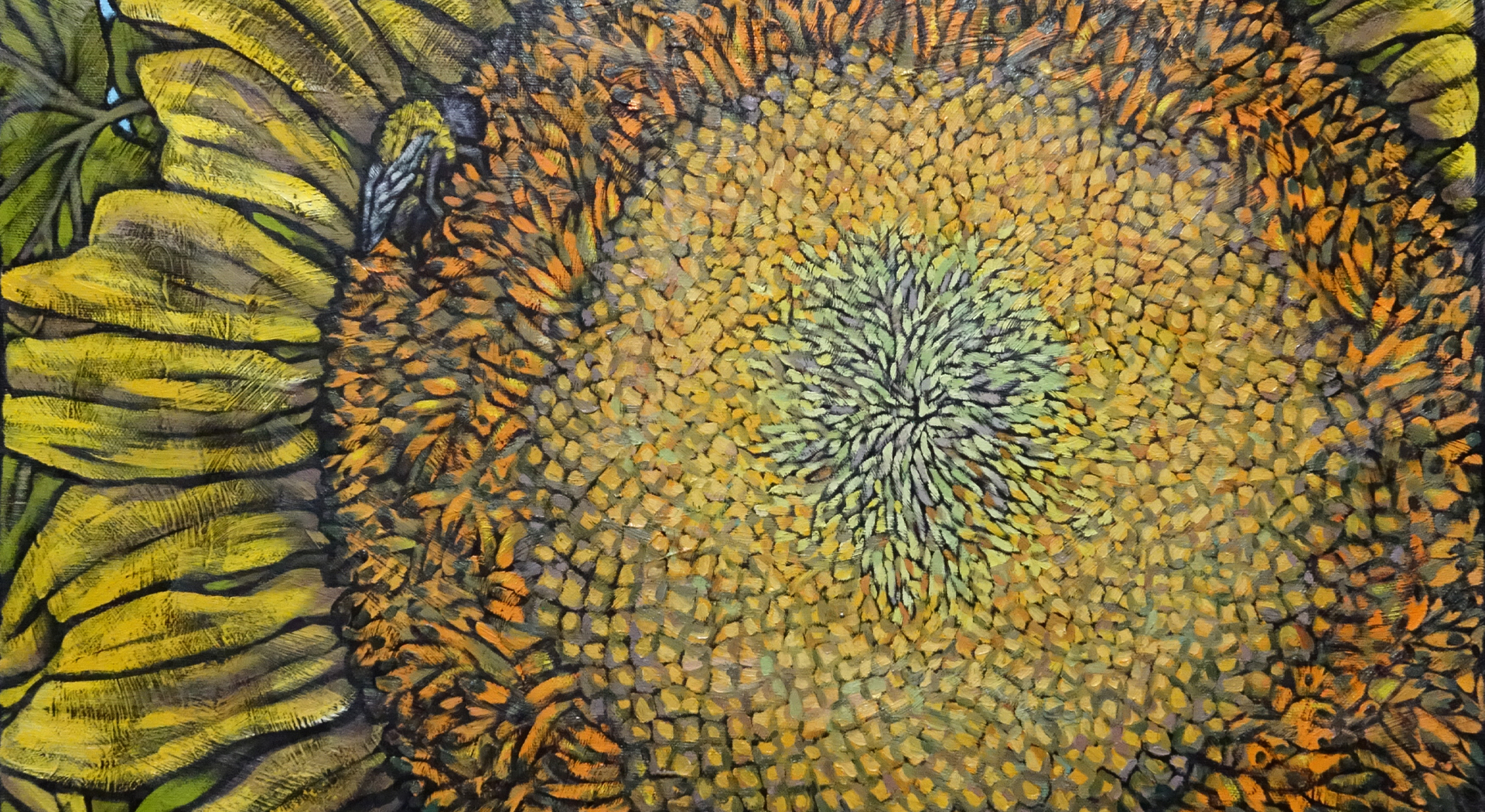 Music, science, literature and experiences with people and nature all help to form ideas to become art that Julia creates.

Julia is currently using primarily oil paints and oil pastels rendered on either canvas or paper for most of her work. She enjoys painting and drawing both realistically and in exaggerated and abstract styles.

Landscapes from the river, bluff and woodland stomping grounds are a constant source of interest as well as favorite places that Julia travels to. Local bluff country, western canyon country, prairies and Scotland have been places that Julia has been privileged to experience and interpret into art. All of these places and experiences help to create story and a way to look at a specific place or idea in a deeper way.

Julia Crozier is an artist who has been painting and drawing all of her life, mostly living near the Mississippi River in Minnesota but always drawing inspiration from wherever she is living or traveling. Julia’s mediums and styles have varied considerably throughout the years. As a young girl she started out painting watercolors outdoors with her father Larry Veeder, also a professional painter.  She attended college at The Saint Paul School of Associated Arts in the late 1970s.   Although watercolor was the preferred medium at that time, in school she started using ink, chalk and acrylics.

For the last twenty years she has worked extensively in oil pastels, oil painting and printmaking with linoleum cuts. Julia has always enjoyed switching mediums and styles but has consistently worked with an emphasis on black lines against color. Her work ranges from stylized and traditional landscapes to a variety of different abstract styles.

Julia has been co owner of two galleries with studios. The first was the Big River Studio and Gallery in Bellevue, Iowa in the 1990s. She and her family moved back to Winona, Minnesota, eventually opening the Blue Heron Studio and Gallery which she ran until from 2007 to 2012. In between and during the gallery years she has sold her work at outdoor shows, gallery exhibits, including an exhibit at The Minnesota Marine Art Museum. She has painted many murals and illustrated books.

Julia recently finished a multi-year public project in Winona, The Hiawatha Broadband Corporation Fence Art Project in which she worked as the coordinator and as the muralist for twenty seven murals. This project was a collaboration with HBC, SEMAC, the city of Winona and the River Arts Alliance.

Crozier continues to work in Winona where she lives with her husband Bill. She is renovating a building on their property for a new studio. They have three grown daughters and four grandchildren who continue the artistic tradition in their own ways. 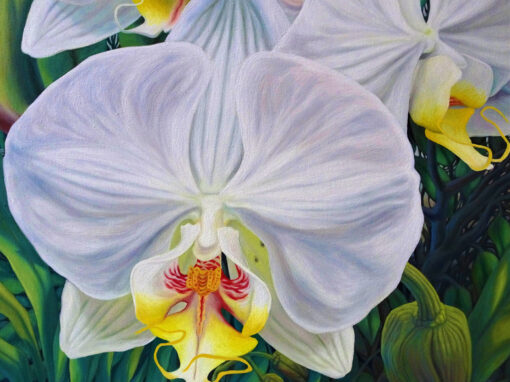 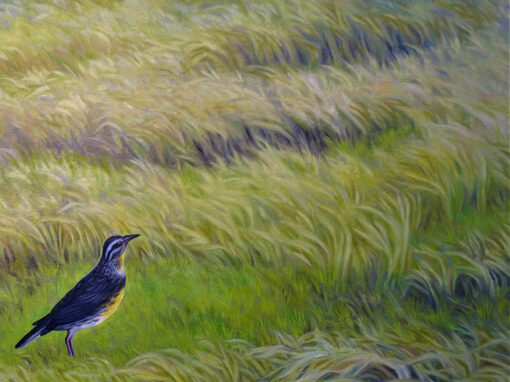 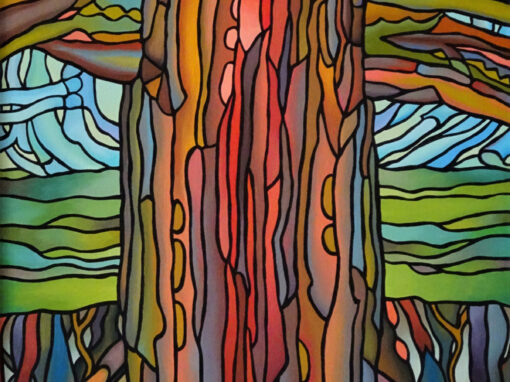 Blood of the Tree 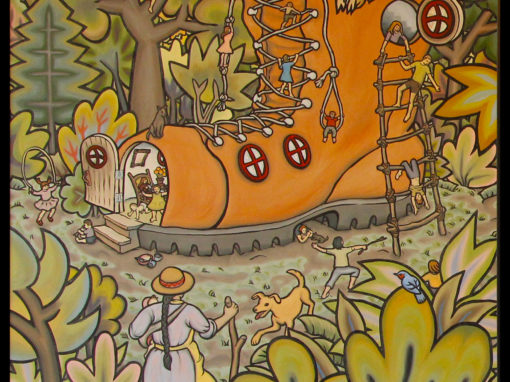 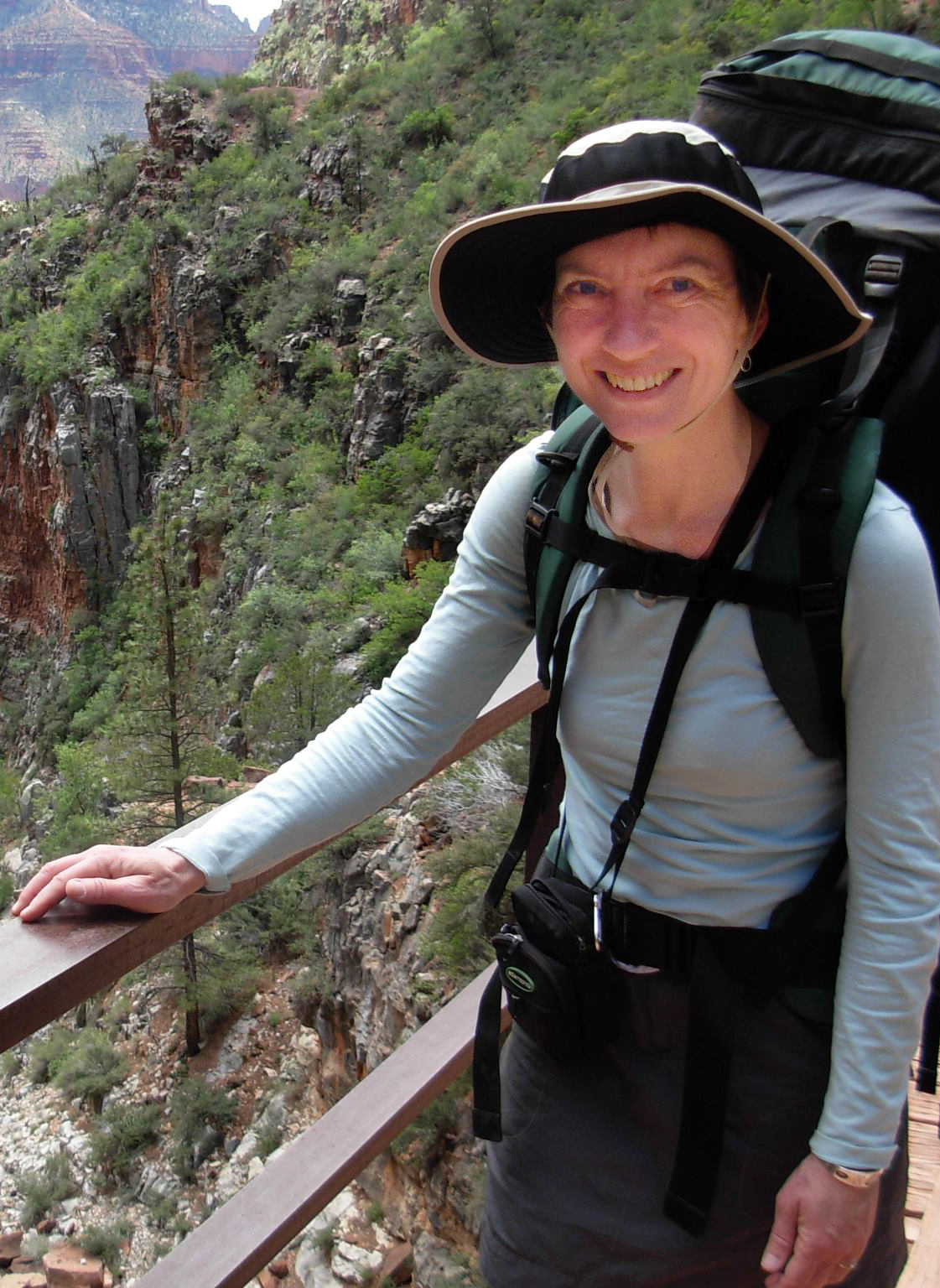 If you have a question for Julia, or if you are interested in purchasing or commissioning art, please use this form to contact Julia.